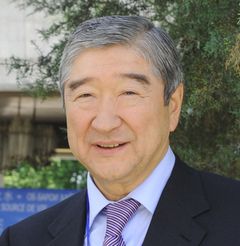 The dynamics of change in global geopolitics and the geoeconomy are accelerating. Undoubtedly our most successful answer to the challenges of the modern world is integration – as a process of combining the economic potential of states with the goal of achieving development in national economies.

The establishment of the Eurasian Economic Community on 10 October 2000 by the presidents of Belarus, Kazakhstan, Kyrgyzstan, Russia and Tajikistan was evidence of the unity of political will among the leaders of five states to decisively set forth on the path of mutual multiform cooperation and real economic integration.

The past decade has convincingly shown the demand for EurAsEC as a living entity that has demonstrated such important and substantive achievements as the creation of the Customs Union between Belarus, Kazakhstan and Russia and the establishment of the Anti-Crisis Fund and the EurAsEC Centre for High Technologies. Formation of the Common Economic Space is proceeding with confidence.

The EurAsEC heads of state are united in their opinion that establishment of the Customs Union marked a powerful integration breakthrough in the post-Soviet space.

This publication has been prepared to meet the growing public interest in EurAsEC as a
successful regional union.